IHS Reports Strongest Growth for US Manufacturing in 2 Years 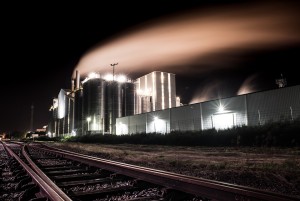 American manufacturing is healthier than ever. According to a recent report published by the Institute for Supply Management (ISM), the country’s manufacturing index increased from 54.4% in December to 56% in January, which is the fifth consecutive gain for the market. To put those numbers into perspective, analysts had predicted a 55.3% manufacturing index for January — that’s almost one full point over analysts’ expectations. And that’s not the only sign pointing towards a strong and robust manufacturing industry.

A separate report published by IHS Markit indicates the strongest growth for the U.S. manufacturing industry is roughly two years. Of course, any index reading over 50% reflects growth as opposed to contraction. When the industry has a 50% or greater index, manufacturing companies are expanding instead of shrinking. Just last fall, the manufacturing index experienced a surge following a short-lived period of weakness. However, it surged again amidst news that Donald Trump had won the Presidential election. Analysts say Trump’s vows to cut corporate taxes, reduce regulation and improve the manufacturing industry is attributed to the industry’s strong growth in recent months.

While the U.S. manufacturing industry is certainly growing at a face pace, the country’s job market as a whole is doing well also. The Bureau of Labor Statistics (BLS) released its first report under Trump presidency, revealing that the U.S. economy had added more than a quarter-of-a-million jobs in January. In comparison, analysts had predicted that just 180,000 jobs would be added in January. Unemployment rates were slightly higher than expected, however, with the BLS reporting the country’s unemployment rate was 4.8% in January.

Another somewhat sour note from the recent BLS report is wage gains. In January, wages increased by just 0.1% from December and 2.5% over January of last year. Analysts were expecting a 0.3% increase from last month and 2.8% increase from last year. When discussing this trend, experts say an increase in wages typically signals an upcoming inflation. If inflation rises more quickly than what the Federal Reserve expects, it could prompt the Feds to increase interest rates in response. Granted, the Feds just recently gave interest rates a hike, so it’s doubtful we’ll see another increase anytime soon. But that doesn’t mean it won’t happen.