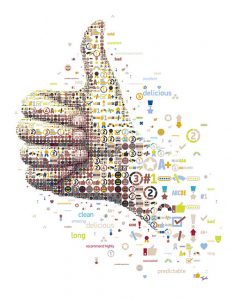 To put the problem of work-related MSDs into perspective, the Bureau of Labor Statistics (BLS) says they account for nearly 600,000 injuries and illnesses per year. This means that nearly a third of all lost workdays are associated with MSDs. What’s even more alarming, however, is that rates of MSDs aren’t declining as they are with many other types of injuries and illnesses. This has prompted OSHA and several other organizations to launch new campaigns in an effort to raise awareness for MSDs and the problems they cause.

“These disorders now account for one out of every three dollars spent on workers’ compensation. It is estimated that employers spend as much as $20 billion a year on direct costs for MSD-related workers’ compensation, and up to five times that much for indirect costs, such as those associated with hiring and training replacement workers,” wrote the Occupational Safety and Health Administration (OSHA) on its website.

So, what steps can you take to reduce the risk of MSDs in your workplace? First and foremost, workers should be trained to lift with their legs, not their back. It’s not uncommon for workers to lift heavy boxes by bending their back and reaching down to pick it up. In doing so, they place an unnecessary amount of force on their back, which could wear away at their discs if not stopped. A safer and more effective way to lift a box — or any other heavy object — is to bend your knees so they are almost parallel with the floor, at which point you can lift up with the item in hand.

Workers should also be given regular breaks to prevent overexertion. When workers are forced to work long hours, they place themselves at risk for MSDs and other injuries. Such problems are easily avoided, however, when workers take breaks during their shifts.