Why 2015 is a Promising Year For US Manufacturing Industry 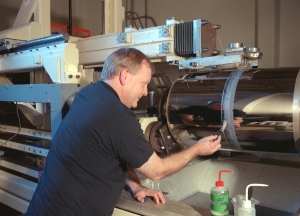 The Unites States’ manufacturing industry has struggled as of late, due largely in part to economic recession, global financial crisis, and increased competition. In fact, some estimates suggest this sector has lost nearly a third of its jobs over the past decade. But there’s hope on the horizon for the millions of hard-working Americans employed in the manufacturing industry, as all signs are pointing towards a strong rebound for 2015 and beyond.

During a speech in Clinton City, Tennessee on January 9, President Barack Obama said manufacturing is the country’s fastest growing sector, attributing to its comeback. Obama went on to say that manufacturing jobs in Tennessee increased by 11%.

“Last year, our economy created jobs faster than at any time since the 1990s.  The key now is to make sure that that growing prosperity and resurgence is reaching everybody, not just some.  And that means that that we’ve got to create more good jobs and we’ve got to train people for those jobs that are being created,” said President Obama. “Manufacturing is actually growing faster than the rest of the economy.  Right here in Tennessee, manufacturing jobs have jumped by about 11 percent,” he added.

So, what’s causing the U.S. manufacturing industry to rebound at such a pivotal time in our nation’s history? There are dozens of factors which are likely influencing this phenomenon, one of which is the simple fact that “made in America” products are becoming cheaper to produce. China has long been the go to supplier for consumer and commercial products, as it typically offered the lowest prices. According to an article published in the Wall Street Journal, however, China’s overall cost advantage is now just 4% cheaper than U.S.-made products. Granted, that’s still cheaper than U.S.-made products, but there are several other benefits to buying products made in America.

Purchasing products made in America also cuts down on shipping costs. Conventional wisdom should tell you that it’s cheaper to ship products within the continental United States as opposed to importing them from China or other overseas countries. Companies have acknowledged this fact and are now choosing American-made products to save money.

President Obama is expected to deliver his annual State of The Union Address on January 20, during which he will further discuss the country’s manufacturing industry.

Have you noticed an improvement in the U.S. manufacturing industry? Let us know in the comments section below!