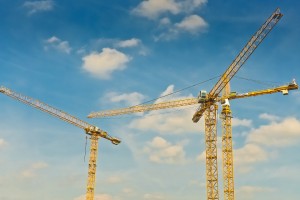 The American manufacturing industry has expanded at its fastest pace in more than 13 years.

The Institute of Supply Management (ISM) gave the manufacturing industry’s factory index a 60.8 reading for the month of September. To put that number into perspective, market analysts had predicted a factory index of 58.1 for September. 60.8 was the highest rating for the market since May 2004, attesting to its rapid growth. Any rating over 50 signals positive growth and expansion.

So, what factors are fueling the American manufacturing industry’s strong growth? There are numerous factors at play, one of which is the recent hurricanes. Hurricane Harvey, for instance, had a devastating impact on Texas businesses, specifically retain stores and car dealerships. Much of their inventory was destroyed, forcing these business owners to purchase new inventory in an attempt to restart their normal day-to-day operations. And when businesses buy more products, it triggers growth for the manufacturing industry.

It’s also worth mentioning that President Trump is actively looking to expand the American manufacturing industry. Recently, Trump proposed a new tax plan with members of the National Association of Manufacturers (NAM).

“Under my administration, the era of economic surrender is over, and the rebirth of American industry is beginning. America is winning again and America is being respected again, and you see that happening all over,” said Trump when speaking to NAM about his newly proposed tax plan.

As of March 2017, the U.S. manufacturing industry employs more than 12.4 million people. The total nominal GDP output of the industry was valued at $2.2 trillion in the third quarter of 2016, with a real GDP of approximately $1.9 trillion. Given the industry’s recent growth, however, it’s safe to assume these numbers are even greater now.

As you can see, all signs point towards a strong and healthy U.S. manufacturing industry. With the ISM giving the industry a healthy rating — and the recent push by Trump to strengthen the industry — we’ll likely see even stronger growth and expansion in the months and years to come. For all of the latest developments surrounding the U.S. manufacturing industry, check back with our blog here at Ask Monroe.