What are the Pros and Cons of Titanium? 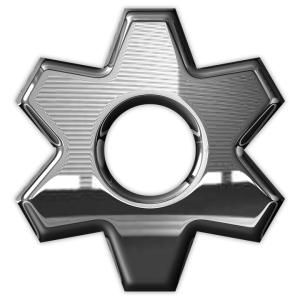 From welded pipes and valves to heat exchanges, aircraft, naval vessels and even spaceships, titanium is used in a wide variety of applications. This transition metal has a silver color and is characterized by low tensity and high strength. These unique properties make it ideal for a range of different applications, only a few of which were previously mentioned. To learn more about titanium, including its advantages and disadvantages, keep reading.

One of the most notable advantages of titanium is its strength. It’s among the strongest and most durable metals on the planet, which is why it’s used in so many industrial applications. In fact, titanium has the highest strength-to-density ratio of any metallic element on the periodic table, attesting to its benefits. Titanium (unalloyed) rivals steel in terms of strength but is less dense, making it the preferred choice among many professionals.

Another key advantage associated with titanium is its natural resistance to rust and corrosion. When metal is exposed to moisture, it triggers a chemical process known as oxidation, which can subsequently lead to corrosion. The good news is that certain metals are naturally resistant to this phenomenon, including titanium. Whether it’s used indoors or outdoors, it will hold for years without succumbing to the effects of rust and corrosion.

Of course, there are also some potential disadvantages to titanium, one of which is the difficulty of casting. Unlike iron and aluminum, titanium can not be easily cast. If you are looking for cast metals, it’s best to choose a different metal instead of titanium. So, why can’t titanium be cast? Again, this has to do with its strength. Because it’s so strong, titanium can not be easily cast like aluminum or iron.

It’s also worth mentioning that titanium is generally more expensive than other types of metals. When compared to steel, iron, aluminum, etc., you can expect to pay more for titanium. This is due largely to its rarity. While not necessarily considered “rare,” titanium is rarer than other metals, resulting in a higher selling price.

The bottom line is that titanium has both advantages and disadvantages. It’s strong, durable and naturally resistant to rust and corrosion. At the same time, however, it cannot be cast like aluminum or iron, and it tends to cost more than other metals. Hopefully, this will give you a better understanding of titanium and whether or not it’s the right choice for your applications.