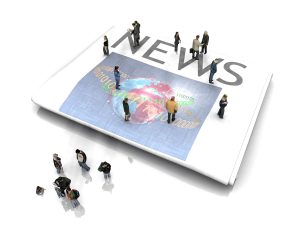 It was bound to happen sooner or late: the US manufacturing industry has cooled — to some degree, at least — after coming off a 5-month high.

The last few months have been nothing short of phenomenal for the US manufacturing industry. We’ve seen tens of thousands of new jobs created, alongside some of the lowest unemployment numbers since the market downfall. This has allowed many Americans to find employment in the manufacturing industry, helping to grow this sector even larger.

In its most recent report, though, the Institute for Supply Management’s index dropped from 53.5 to 52.7, signaling a slight downfall for the industry. But this isn’t necessarily bad news. While some people may automatically assume that lower numbers are indicative of some other underlying problem — or even that it is forecasting what’s to come — Bloomberg has a different perspective. According to the Bloomberg, these numbers are right on target for a “gradually improving economy.” Some fluctuation can be expected in most markets, and US manufacturing is no exception. It may rise one month and drop the next, but all indications suggest that it’s right on target for an improving economy.

“The figures are in sync with a gradually improving economy. Gross domestic product grew at a 2.3 percent annualized rate in the second quarter, after a revised 0.6 percent advance in the prior three months that wiped out a previously reported drop, according to Commerce Department data released last week,” wrote Bloomberg in its report.

So, what’s causing the slight but noticeable decrease in US manufacturing? This is a question that remains up for discussion; however, some reports indicate that businesses are having “mixed” levels of success. Perhaps this is attributed to changes in consumer spending, or maybe it’s just a part of normal market fluctuations. Regardless, US manufacturing slowed in July, coming off a 5-month high.

Do you think US manufacturing is on the right track?