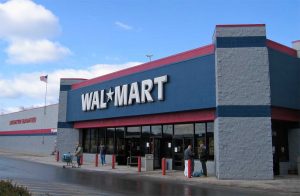 Wal-Mart, the world’s largest retailer, has announced plans to bring a quarter million jobs from China back to the United States.

Company executives said they’ve allocated the a jaw-dropping $250 billion for made-in-American products, and this latest push to reshore American jobs is one of many to come. Wal-Mart says this is part of a 10-year plan to create more manufacturing jobs here in America, with the goal of improving the American economy and manufacturing infrastructure.

“We committed to spending another $250 billion on products made in the United States over 10 years, and in the long run we think that can create 250,000 manufacturing jobs in the United States,” Joe Quinn, a Wal-Mart executive and senior director of public affairs and government relations for the corporation, said.

Why is Wal-Mart focused on bringing jobs from overseas countries back to the U.S.? There’s been a growing trend for reshoring jobs in the past few years, with more and more retailers taking the initiative to create American jobs. It wasn’t long ago when nearly every product you picked up at the store had a “Made in China” tag on it. Supporting products that are made overseas — whether it’s buying them or selling them — eliminates jobs here in the U.S. Companies have taken an interest, however, in bringing these jobs back to the U.S. so Americans can reap the benefits.

The term “reshoring” is used to describe the act of bringing overseas jobs back to the U.S., such as the case of Wal-Mart. Many companies still have manufacturing and production facilities overseas, but closing them down and bringing the workers back to the U.S. can bolster the economy. Of course, reshoring is also beneficial from a business standpoint, as it eliminates the need to pay hefty port fees, tariffs and other costs associated with importing products from overseas.

This isn’t the only change Wal-Mart is planning on making, either. The retailing giant has also announced plans to raise workers’ average salary. Wal-Mart is currently the country’s largest employer, but many workers have complained that they are not getting paid enough, prompting executives to rethink their strategy. According to Reuters, Wal-Mart is expected to raise the minimum wages for more than 100,000 workers in various departments, including department managers and deli workers. This will be the second wage hike for the retailer thus far in 2015.