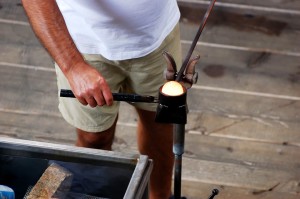 The country’s manufacturing industry continues to grow, and apparently there’s no end in sight.

According to a new report published by the Federal Reserve, American manufacturing output experienced positive gains for the sixth consecutive month, reaching the industry’s highest level since 2008.

This growth is important because it reflects the country’s economy as a whole. The United States is the world’s second largest manufacturer, with a 2010 reported output of $1,696.7 billion. It employs millions of Americans, many of whom work in sub-sectors such as petroleum, steel, automobiles, aerospace, telecommunications, chemicals, food processing, lumber, mining, consumer goods, etc.

“Industrial production was unchanged in February following a 0.1 percent decrease in January. In February, manufacturing output moved up 0.5 percent for its sixth consecutive monthly increase. Mining output jumped 2.7 percent, but the index for utilities fell 5.7 percent, as continued unseasonably warm weather further reduced demand for heating. At 104.7 percent of its 2012 average, total industrial production in February was 0.3 percent above its level of a year earlier,” wrote the Federal Reserve in its report.

Of course, it’s not all good news. Some analysts believe the American manufacturing industry could experience a decline in the following months or years, due in part to automation. As explained by Business Insider, some shoe companies, for instance, are using machines to automate jobs that were once performed by human workers. Granted, the increasing use of automation in the workplace isn’t limited strictly to manufacturing; it applies to nearly all industries and markets.

What do you think of the American manufacturing industry?