Check! How The Checklist was Born. 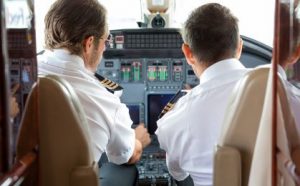 No airplane flies today without the pilots following a detailed checklist for almost every part of the flight from engine start to engine stop. There is just too much for a pilot to remember. In early aviation, flying was simple and the details of flying were remembered by short mnemonics. Pre take off was CIGAR (controls/instruments/gas/attitude/runup).

It wasn’t until the advent of the multi-engine Bomber in 1935 that aircraft became too complex for a pilot to keep track of the systems. The loss of the Boeing YB-99 (precursor to the B-17) which attempted to fly with control locks in place, led directly to the creation of the checklist as we know it today. Put Monroe Engineering on your checklist for aerospace hardware and fasteners!