Did You Know? Fun Facts About Manufacturing 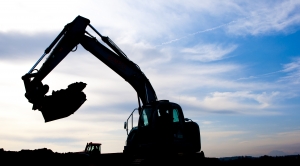 Manufacturing plays a key role in the overall health and growth of our nation’s economy. In fact, the National Association of Manufacturers (NAM) states that for every $1.00 spent in manufacturing, an additional $1.37 is added to the economy. That multiplier is the highest of any sector within the U.S. market, attesting to the power of manufacturing.

China is the World’s Largest Manufacturer

While the United States isn’t far behind, China currently holds the title as being the world’s largest manufacturer. The Asian nation is responsible for producing more than $2,922,520 million in product each year, which is more than both the European Union (#2) and the United States (#3). Of course, analysts are hoping the U.S. will pull through in the upcoming years, thanks largely in part to the focus of “reshoring” jobs back home.

Manufacturing Workers are Paid Above the National Average

Some people assume that manufacturing is a low-paying industry with little-to-no incentives for workers, but this couldn’t be further from the truth. In Wisconsin, manufacturing workers earn an average of $54,000 per year, about $10,000 more than the national average. As both privacy and public entities place a greater emphasis on U.S. manufacturing and the benefits it offers, we’ll likely see this number increase in the years to come.

US Manufacturing is $1.7 Trillion Sector

We’ve talked about this before on our blog, but it’s worth mentioning again that manufacturing promotes clean, renewable energy. Many companies have begun to delve into alternative power sources, including wind turbines and solar panels. As states feel the pressure to switch to clean energy sources, manufacturing will likely follow suit.

Manufacturing Accounts for 70% of Research and Development

It’s estimates that the manufacturing industry accounts for nearly 70% of all research and development within the U.S. private sector.