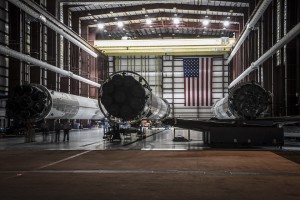 Manufacturing is undoubtedly one of the most vital sectors in the U.S. economy. As of March 2017, it provides jobs to more than 12.4 million Americans while generating gross domestic product of $2.2 trillion. Statistics show that more than one-third of the country’s GDP comes from manufacturing. Furthermore, the wages workers earn in the manufacturing sector allows them to buy other unrelated products and services, which in turn stimulates economic growth and development. The bottom line is that manufacturing is essential to a strong and healthy economy. To learn more about the current state of American manufacturing and where it’s headed, keep reading.

It’s no secret the American manufacturing industry experienced a decline in the early to mid 2000s. By 2011, the country’s share of global manufacturing declined to 16.5%. The good news, however, is that it has since regained some of its footing, rising back to 18.6%, according to a report published by the Congressional Research Service. The Congressional Research Service made these estimates using a variety of criteria, primarily focusing on the value of each country’s manufacturing sector in U.S. dollars.

The report also found that American manufacturing is growing more rapidly than the manufacturing sectors in European countries and Canada. However, it’s still lagging behind China, South Korea and Germany.

There’s hope on the horizon, however, as measures are being taken to revitalize the American manufacturing industry. One such measure is a greater investment into research and development. Currently, the United States spends significantly more money on research and development than any other country. With a focus on R&D, U.S. manufacturers are pioneering newer and more efficient processes to not only compete, but also dominate, the global manufacturing industry. This is particularly true in regards to automation, which has become a hot topic among manufacturers as of late. U.S. manufacturers are now using robots and other automated systems to streamline their operations and produce goods more efficiently.

So, what’s next for the country’s manufacturing sector? The new administration has promised to reform the industry by bringing jobs back the United States. Many analysts have commended this approach as a step in the right direction. Regardless, however, the U.S. manufacturing industry continues to grow and regain its lost footing from the economic crash of the early 2000s.