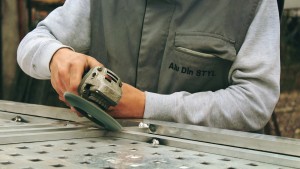 Manufacturing is one of the most important sectors in the United States. As of March 2017, more than 12.4 million people work in the manufacturing industry, which is responsible for generating some $1.9 trillion in gross domestic product (GDP). But there’s a great deal of misinformation circulating about American manufacturing. In effort to clear up some of the confusion, Bid-On-Equipment has published an infographic revealing the top manufacturing focuses by state.

The infographic further reveals the top manufacturing operations by employment numbers. Not surprisingly, Michigan’s automotive parts manufacturing employs the most workers, with some 121,832 Americans working in the field.  Washington’s aerospace products and parts comes in second, employing 93,816 workers. And California’s semiconductor and electronic components industry employs the third most workers at 84,784.

Other reports indicate that the largest manufacturing sectors in the Unites States, by revenue, are petroleum, steel, automotive, aerospace, telecommunications, food processing, consumer goods, electronics, lumber and mining. Based on industrial output, perhaps the largest of these sectors is aerospace. The United States leads the way in aerospace, thanks in part to companies like Boeing, Lockheed Martin, General Dynamics and Cessna.

The trade relationship between the United States and Mexico is believed to play a key role in the manufacturing industry. Other statistics show that roughly 40% of the value of the U.S. imports from Mexico is produced in the United States. For Canada, the number is only 25%. And for China, it’s only 4%. Therefore, market analysts stress the importance of maintaining a strong trade relationship with other countries, particularly Mexico.