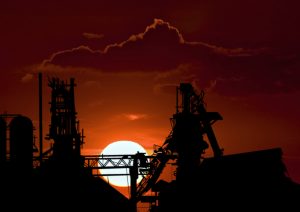 The U.S. manufacturing industry saw significant improvement through the month of November. According to an article published by the Wall Street Journal, manufacturing experienced its largest recorded output in over nine months, attesting to the country’s rebounding economy.

Figures from the Federal Reserve show that industries involving the production of consumer goods experienced the greatest improvement, with sub-industries like automotive, electronics, and energy leading the pack. Overall factory production increased 1.1% last month, which is is in stark contrast to the predictions made by most economists.

Of course, some industries experienced natural gains as a result of the change in season/weather. Output by utilities companies, for instance, jumped 5.1% in November. When the cold weather hits, families and businesses typically resort to central heating in an effort to stay warm. This increased demand gives the nation’s utility companies a helpful financial boost, which is apparent from the Federal Reserve’s numbers.

Leading economists predicted just a 0.5% increase in U.S. manufacturing output through November. This prediction was made largely in part to a weak October. Manufacturing saw just a 0.3% output increase in October, leading many economists to believe the market was spiraling downwards. These doubts were soon laid to rest when the Federal Reserve released its November output report for U.S. industries, painting the picture of a strong economy that continues to grow and expand.

Not all sectors saw positive gains in November. Mining output, for instance, dropped just slightly by 0.1%. The Federal Reserve report also reveals that the total manufacturing capacity increased to 78.4% in November, up from  77.6% the month prior. This metric — manufacturing “capacity” — is used to measure how much slack an industry has.

Unfortunately, industries on the other side of the pond didn’t fare as well as the U.S. market did in November. A poll of of European residents found that nearly 9 in 10 respondents believe the European Central Bank will start buying large-scale government bonds next year to stimulate the region’s struggling economy.

News of this industrial rival comes in the wake of record-low gas prices. Experts say that the average American family will spend roughly $1,962.00 on gas next year, down 20% from 2014’s already low prices.

Have you noticed an improvement in the U.S. manufacturing industry? Let us know in the comments section below!