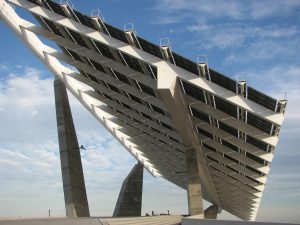 The United States Department of Energy (DOE) has announced plans to invest $70 million into the smart manufacturing sector with a new Clean Energy Manufacturing Innovation Institute grant. The purpose of this grant is to encourage companies to invest in solar panels, wind turbines and other forms of clean, renewable energy by offering certain incentives. Assuming all goes well, the DOE says its Clean Energy Manufacturing Innovation Institute grant will reduce the cost of renewable energy sources by as much as 50% while also increasing energy efficiency by 15%.

Ideally, these smart technologies can make American manufacturing more efficient and more productive. President Barack Obama has stated that the administration should attempt to double the country’s energy efficiency by 2030.

As noted by Secretary of Energy Ernest Moniz, SMART manufacturing will allow energy companies to become more efficient while reducing the cost of production. Steelmaking, for instance, could experience a total cost of production by as much as 20%. When the cost for these industries drops, so does the price for consumers. It’s a win-win situation for everyone involves.

“SMART Manufacturing is a key information technology approach to unlocking energy efficiency in manufacturing,” said Secretary of Energy Ernest Moniz. “These technologies will make industries from oil and gas to aerospace and food production more competitive with intelligent communications systems, real-time energy savings and increased energy productivity. Energy intensive industries, such as steelmaking, could see a 10 to 20 percent reduction in the cost of production, making products such as solar panels and chemical materials, such as plastics, as well as the cars and other products they go into, more affordable for American consumers.”