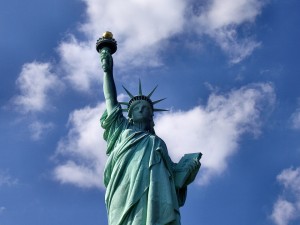 President Trump is taking steps to improve the nation’s manufacturing sector by launching a “Made in America” week. When speaking to the press at a White House event, President Trump said he wants to create and grow more made-in-America products. Following this announcement, he signed an executive order that’s intended to support companies that hire American workers and produce goods here in the United States instead of abroad.

As explained on the official White House blog, President Trump — as part of Made in America week — will host some of the top companies in all 50 states as examples of how to promote American ingenuity. For Alabama, Trump has invited Altec with its product bucket trucks. For Alaska, Trump has invited the Alaska Bowl Company. For Georgia, the fast-food chicken restaurant Chick Fil A has been invited to the White House. Companies from all 50 states have been invited to the White House to take part in Made in America week.

White House Press Secretary Sean Spicer further explained to reporters that Trump is a successful businessman, and that he plans to use these skills to encourage companies to hire American workers and product products here in the United States.

“The president’s been a very successful businessman on a number of fronts, on a number of area and industries, and to understand very first hand what the tax burden, what the regulatory burden do to a business that wants to grow or expand here or hire here,” explained White House Press Secretary Sean Spicer. “So I think he actually is in a very unique way understands the challenges that our regulatory system and our tax system put on businesses that want to hire here, that want to grow here,” he added.

It’s also worth noting that President Trump has taken action to improve the nation’s energy potential by approving for the construction of new pipelines, exportation of coal, expansion of liquefied natural gas and more. Along with the tax cuts and other incentives offered to companies that hire American workers and produce products in the United States, this should help to strengthen the nation’s manufacturing sector.