The Role Manufacturing Plays in Economics 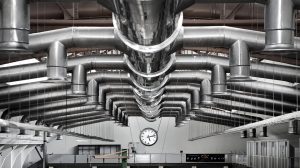 It’s a little-known fact that manufacturing goes hand-in-hand with economics. While it’s true that all industries affect economics, manufacturing is particularly influential.

Some financial analysts and market economists view the manufacturing industry as being a wealth-producer of a country. This is in stark contrast to service-based industries, which are typically viewed as being wealth-consuming industries. Manufacturing creates new products which are sold on the market, encouraging consumers to spend money. And when they spend money, it stimulates the economy.

Another way in which the manufacturing industry helps the economy is through the purchasing of raw materials. An automaker, for instance, must purchase large amounts of steel, aluminum and other metals to use in the construction of automobiles. Even toy manufacturers must purchase materials like plastic, cardboard and metal to create their products. These purchased further stimulate the economy by driving money into the market.

Here’s a fun fact that may surprise you: U.S. manufacturers generated more than $2 trillion worth of products in 2012. To put that number into perspective, that’s more revenue than most countries produce. In terms of size, the U.S. manufacturing industry is the world’s eighth largest economy, which is pretty impressive to say the least.

Of course, there’s also the benefit of job creation associated with the manufacturing industry. According to data provided by the National Association of Manufacturers (NAM), there are approximately 12.33 million manufacturing workers in the U.S. — that’s roughly 9% of the entire U.S. workforce! Manufacturing also indirectly “supports” some 18.5 million jobs. This isn’t a trend that’s expected to stop or slow down any time soon. On the contrary, the U.S. manufacturing industry continues to add thousands of new jobs each and every month. All of these jobs further stimulate the economy while helping it grow larger and more successful in the process.

But there are also ways in which manufacturing can hurt a company’s economy, such as waste production. Manufacturing companies turn materials into ready-to-sell products. During this production, it often creates byproducts of waste that must be carefully disposed of. The good news is that most countries, states, cities and regions have their own laws regarding the creation, disposal and storage of hazardous waste.

As you can see, manufacturing plays a key role in the economy. It stimulates spending while funneling money back into the materials market, and it also creates jobs. Perhaps this is why so many lawmakers and politicians are emphasizing the importance of creating a healthy manufacturing industry.