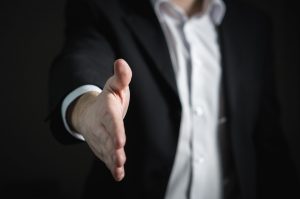 Employment in the U.S. manufacturing industry has reached a 15-year high, according to a new report released by a payrolls processor company.

In December, the payrolls processor company ADP released its National Employment Report, which it prepared in conjunction with Moody’s Analytics. According to the report, U.S. employers in the private sector added some 190,000 new jobs in the November. That number is down from about 235,000 new private sector jobs created in October. However, it was slightly higher than Reuter’s forecast of 185,000 new jobs for November, signaling positive gains for the country’s job market and economy.

The construction sector didn’t fare as well, with ADP and Moody’s Analytics saying it contracted by roughly 4,000 jobs. With that said, it’s important to note that construction employment is somewhat seasonal. There are fewer construction jobs in the fall and winter as opposed to spring and summer.

When speaking about the report, Moody’s Analytics’ Mark Zandi explained that the U.S. job market is “red hot,” and that the only industries suffering are those being affected by the technological revolution, such as brick-and-mortar retailing. All other sectors continue to grow and expand in response to the red-hot U.S. job market.

“The job market is red hot, with broad-based job gains across industries and company sizes. The only soft spots are in industries being disrupted by technology, brick-and-mortar retailing being the best example,” Mark Zandi, chief economist of Moody’s Analytics, said in a statement. “There is a mounting threat that the job market will overheat next year.”

So, what’s next for the future of the U.S. manufacturing industry? Based on these findings, it’s safe to surmise that the manufacturing industry will continue to create and add new jobs. The only question is how many new jobs will be created. With tax reform underway, however, analysts expect 2018 to be a prosperous year for the country’s manufacturing industry. Who knows, perhaps we’ll see an even higher number of new jobs, beating the current record revealed by the ADP’s National Employment Report.