What Is the National Network for Manufacturing Innovation? 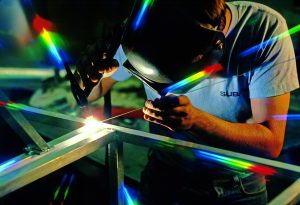 Also known simply as Manufacturing USA, the National Network for Manufacturing Innovation (NNMI), is a U.S.-based organization that specializes in manufacturing technologies and innovation. Like Germany’s Fraunhofer Institutes, it utilizes partnerships from private companies, universities and government entities. To learn more about NNMI and how it’s helping to shape the future of American manufacturing, keep reading.

Origins of NNMI can be traced back to 2011, during which the U.S. President’s Council of Advisors of Science and Technology recommended a $500 million-a-year funding project for a public-private manufacturing initiative. One year later, President Obama officially unveiled the project, which involved creating more than a dozen institutes throughout the country.

As part of this project, the Department of Defense (DOD) began accepting proposals to create the first institute. The National Network for Manufacturing Innovation (NNMI) won the proposal, laying the foundation for its future success When NNMI was initially launched, it was funded by the U.S. government with $30 million. NNMI itself, however, provided an additional $40 million to help drive its efforts.

In 2016, NNMI adopted the alternative moniker “Manufacturing USA.” Today, NNMI has nine institutes, all of which are operated by the U.S. Department of Energy (DOE).

NNMI’s core focus is to strengthen the American manufacturing industry while simultaneously driving innovation by bringing the public and private together. Among other things, it creates a more attractive environment for U.S.-based manufacturing, encouraging companies to produce goods here in the United States instead of overseas.

On its website, the NNMI explains that its network of institutions promotes sustainable manufacturing research and development.

Some of the NNMI institutes includes the following:

Of course, research and development is essential to driving innovation and growth of the American manufacturing industry. The United States has always been a global leader in manufacturing, thanks in part to its emphasis on R&D. The NNMI is one of the tools the industry uses to maintain its dominance as a world leader.